And with each one you choose, you discover a new color, a new feeling, a new view

You see something that will either arouse your curiosity, drawing you in further – or push you away.

And more likely than not, both of these will occur and you won’t know where to turn or which direction to take

And so you decide to either continue discovering or you withdraw, even though the exit isn’t always clear.

And everything that used to feel so safe and warm in your peaceful, happy little cocoon

Suddenly changes when this new stranger crosses your path, disrupting all your quiet and calm

But it’s impossible to go backwards

After all of the lines have been crossed

Once your heart has come undone. 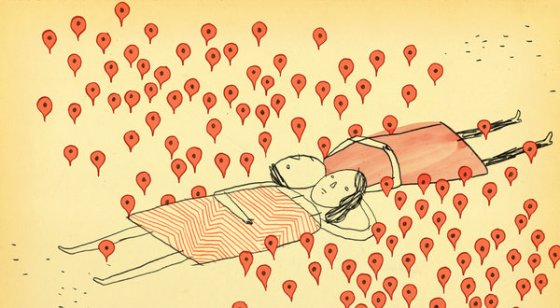 I found an old trunk in the attic of my new house.

Ironically, my new house is actually a beautiful old farmhouse. It’s 120 years old to be exact.

I often imagine who might have lived here 120 years ago. There are two front doors. One is the original front door and the second is the old back door that was removed from the rear of the house when it was restored six years ago.

The original front door has the letter ‘G’ scrolled on the front. I imagine the ‘G’ family that once lived here all those years ago. I imagine the children running through the house on a hot summer day screaming and laughing, as their mother called after them to go outside and play.

There is a large back yard that borders the huge brick farmhouse next door. A massive tree, most likely 100+ years old itself,  connects our yards. And across the road, two farms are the home to forty or fifty-plus cows, peacefully grazing.

So back to the trunk.

The day I signed the paperwork, the owner and I walked through the house. He explained how he had restored the house and had done all of the work himself. Finally,  we went up to the attic and I asked him “Who’s trunk is that?”

“I don’t know,” he replied. I moved toward it and almost as in slow motion, I reach my hand out, ready to open it. But then I stopped.

In such an old house I wonder how old must the trunk be? And all I can imagine is ghosts are locked away in the trunk. Yes, it’s silly, I know.

So I backed away and headed back down the narrow stairs, closing the attic door behind me.

The attic door itself is a bit unusual. And I am certain it’s the original door. It faces the hallway connecting the master bedroom to the master bath and you have to pass it each time you are in the bedroom.

A week later, I moved into my beautiful new, old house. The movers helped me move a few things into the attic. It was sunny that day and the bright light shined through the small attic window. But yet, it still felt a bit dark.

And there stood the trunk. Still unopened. Still a mystery to me.

I hesitated and looked at it from the top of the attic stairs, wondering what could be inside? Again, I decided not to open it and went back downstairs.

When you live in an old house, it’s almost impossible not to imagine that perhaps ghosts or spirits live there, too.

But it wasn’t long after we moved into our wonderful old farmhouse that I realized that if there really were ghosts living with us, they had to be friendly ones.

The only noises that I hear late at night are the ones my cats make as they stretch during their sleep. Or the soft padding of their feet on the freshly waxed hard wood floors.

And sometimes when I think I hear something odd, I stop to listen. Only to realize it’s just the sound of the November wind reminding us that winter is almost here.

And although the house is large and quite old, I feel very safe and happy here.

There is something very calming and peaceful about living in the country. It can’t quite be explained unless you have experienced it for yourself.

How could such a charming and beautiful old home have anything but friendly ghosts?

It’s only been a few weeks, but between working, unpacking and trying to organize my new life, I find my days are quite full.

There’s no time to explore abandoned trunks or old attics.

And so the trunk will have to wait. For now anyway.

And maybe when the spring and the longer, warmer days arrive, I’ll decide to open it then.

December 2012: One of the low points in my life. I had lost my job earlier that year and now it was almost Christmas.

I wanted to hide away from the world. Not only because of the embarrassment and shame that accompany hard times, but mostly to focus on getting my life back together.

I took my daughters to the Family Dollar Store to buy some packing tape. Possibly the most depressing store ever.

A week earlier, I created an eBay account. Being out of work meant I had to start selling some personal things. In just one week I had sold two items. I was excited, until I got to the post office and spent $18 for postage on an item I had only charged a $3 shipping fee for. Live and learn.

As soon as I got home, I immediately readjusted the shipping fees on all my other items.

Which brings me to the rings. Years before, my ex-husband had given me a beautiful 3-stone engagement ring. One large center diamond, representing the present and two smaller diamonds on either side, representing the past and the future.  The other was a beautiful custom made engagement ring given to me by a man I dated for 4 years after my divorce. A beautiful 1.5 carat cushion cut diamond, surrounded by beaded diamonds and a diamond wedding band to match.  It was beautiful. I tried to return it to him after we broke up, but he insisted I keep it. Both gifts from men who had loved me at one time. Now gone, but with memories still attached.

I never imagined I would have to sell such things, but I never imagined a lot of the hard times I’ve faced in my life. Sometimes things just happen. Reluctantly, I posted both sets on eBay. The custom set alone was worth well over $5,500, but I asked for less than half.

Being new to eBay, I assumed no one would buy them, so I took them to a local jewelry store. The appraiser took all four rings (two diamond engagement rings, and two bands) to a room at the back of the store. A few minutes later, he returned and offered me only a small fraction of what they were worth. I knew his offer was unfair, but before I could think, I heard myself say “Okay.”

As I left, I suddenly felt sad. It wasn’t that I would miss the rings (I hadn’t worn them in years), but that each one had a string of memories attached. Like the warm spring day when my ex-husband got down on one knee to propose, and all I could think about was how corny he looked. (Maybe I’m just an awful person.)

Or the December day, when I was pregnant with my first daughter, and lost my engagement ring. We had been Christmas shopping all day. I never realized it was gone until after we’d returned home. We spent hours that evening, driving from store to store, retracing every step and scanning the parking lots, searching but never found it. The next day, on Christmas eve morning, I took the dog outside for a walk.  And there in the grass, reflecting in the morning sun was my ring.

Or the day my ex-boyfriend threw the ring box at me and said “Here. I got you something.”  A gorgeous engagement ring, custom made just for me and how he threw the box at me. So terribly romantic. Anyway…

I had always imagined passing my rings and all my other pretty things, down to my daughters. Not that I owned anything spectacular, but each piece had meaning.

And now they were gone. And that made me sad.

But when you’ve been unemployed for 6 months, and it’s 3 weeks before Christmas, diamond rings don’t seem all that important anymore. Not to me, anyway. I used the cash the man at the jewelry store had given me to buy Christmas presents for my girls.

Gifts for two deserving little girls who still believed in and were expecting the arrival of Santa? Or a few rings?

To me, the answer was obvious.

To most people, a ring is a symbol of everlasting love. But to me, a ring is simply another pretty thing that you can wear. Perhaps nothing more.

I’d give up a hundred rings to have just one person who won’t abandon me when things get tough. Someone who will always be there to support me, no matter what.

No material object – and certainly not any kind of ring – can ever replace that.

I’d rather have the love and support of my best friend and lover holding my hand, every single day. Because rings and objects don’t mean anything when you’re alone.

In the end, all that really matters is having the people who you love, standing beside you.

And no piece of jewelry could ever be worth more than that. 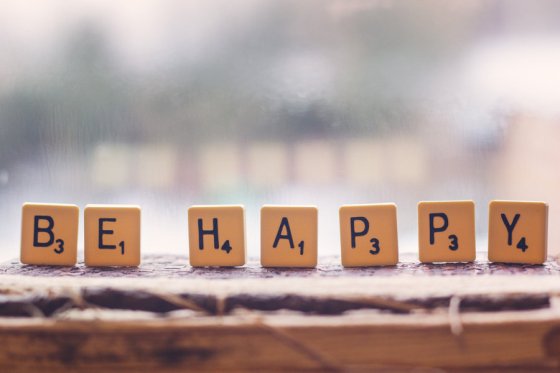 Free spirit. Aspiring writer. Artist. A work in progress. Love is the absolute most wonderful thing in this world.

©MissMoneypennyNaked and Miss Moneypenny, 2012-2015. Unauthorized use and/or duplication of this material without express and written permission from this blog’s author and/or owner is strictly prohibited. Excerpts and links may be used, provided that full and clear credit is given to both Miss Moneypenny Naked and missmoneypennynaked.com with appropriate and specific direction to the original content.

Error: Twitter did not respond. Please wait a few minutes and refresh this page.

screaming from my deathbed

A journey through the heart of grief

i've choked on my words for far too long

Complaining Is An Art Form

Penning down my thoughts

At Home with Cherise

Beauty, Health, and everything in between.

Sometimes you have to sit back and let life happen